Warning: "continue" targeting switch is equivalent to "break". Did you mean to use "continue 2"? in /home/aroundcarson/carsonpedia.com/languages/LanguageConverter.php on line 711
 Nevada State Children's Home - Carsonpedia 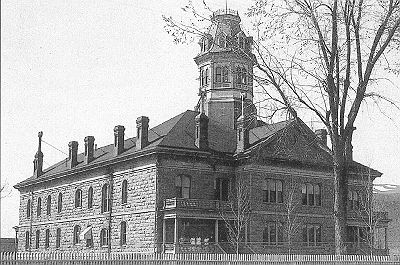 The Nevada State Children's Home was one of Carson City's grand old stone buildings. It was a state-run orphanage on the outskirts of town, variously called the Orphan's Home, Children's Home, and Sunny Acres. It was located on the south side of Fifth Street between Stewart and Roop. It was built in 1903 on the site of a previous orphanage that had burned in a fire. It was demolished in 1963 when it was deemed obsolete by the state.

The very first orphanage in Nevada was located in Virginia City and operated by the Sisters of Charity. It opened in 1867, but after a couple of years the Legislature decided that taking care of homeless children was the State's job, so they authorized a State Orphan's Home to be built in Carson City. Ormsby County donated ten acres on Fifth Street just west of Stewart, which back then (and indeed up until the mid 1900s) was on the outskirts of town. 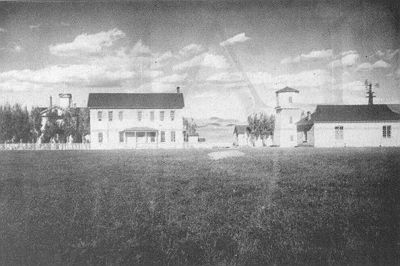 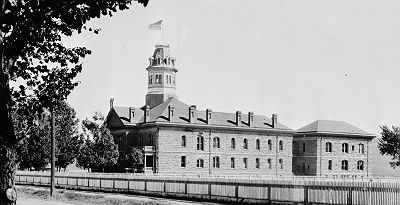 After the fire, the orphans again found themselves homeless, so the Legislature had to act quick to get the Children's Home rebuilt. This time the orphanage was built out of sandstone blocks quarried from the State Prison, the same blocks that make up the Capitol and several other buildings in town. The cost for the new Children's Home was $38,000, and it was finished and opened in 1903. This new building was not only fireproof but also much larger, and at any given time dozens of children called it home. The kids were treated well, with warm beds and good food. Townspeople would donate money to the home to buy the children Christmas presents or a day at the movies. They went to city schools, attended church, and held jobs on the farm in the back. And many of them went on to lead successful lives, carrying with them fond memories of their time at the children's home. 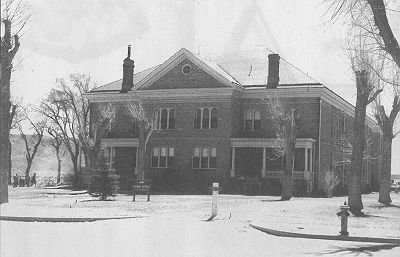 During the 40s and 50s the building went through several changes. In 1948 the place was renamed to “Sunny Acres”, which was a more cheerful-sounding name than the State Orphan's Home. Around the same time there were also structural changes made to the building. The two-story cupola and flagpole were removed, and most of the fireplaces were taken out, probably because the building was remodeled with central heating. But as the 1950s drew to a close, Sunny Acres' days were already numbered.

By the mid 20th century, the idea of orphanages was out and the concepts of adoption and foster homes were in. So in 1959 the State voted to shut down the Children's Home in favor of building single-family cottages where children could live in a small, more intimate setting.

Unfortunately, this decision led to the end of the Sunny Acres building. A huge dormitory had no place in this new philosophy of caring for orphans, and old buildings like this had no place in the Modernist views of the time. Already a plan had gone around (and, thankfully, was shot down) to demolish the State Capitol building in favor of modern office structures. The Arlington Hotel met with the wrecking ball in the 1960s, as well as quite a few other old buildings in town. Preservation just wasn't a priority back then. So rather than relocating the child services division and finding a new use for this excellent building, they planned to build the “cottages” on the same site.

That's why in 1963 the Children's Home was torn down, and this great piece of Carson City architecture lost. Today the original cottonwood trees still outline the spot where it used to stand, but there's nothing else left. 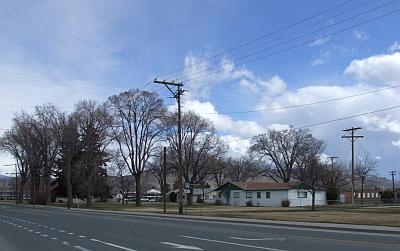 The site is presently filled with a scattered mess of buildings, some of them dating back to the 1960s, and some of more recent vintage. The Division of Child and Family Services was headquartered here in the cottages until recently, and the Boys and Girls Club of Western Nevada has made their home here in some of the newer buildings. But if you work your way past the cottages, past the Boys and Girls Club, you'll find a squat building simply marked “Gymnasium”. This is the one part of Sunny Acres that was not demolished, for whatever reason. 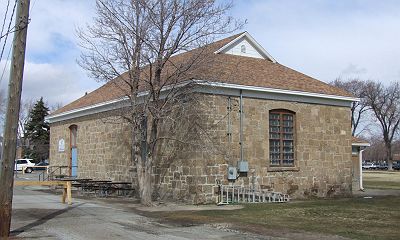 The cottages are slated to be demolished once money can be allocated to the project. The Boys and Girls Club also has relocation plans. The future of this site is very much up in the air.

there was a fire in the old gym and it killed a little boy that still haunts the gym.